Manchester is a great place for animation.  There are many studios based in and around the centre.  A few weeks ago I visited the amazing studios of Mackinnon and Saunders.  Their credits include Postman Pat, The Clangers and Raa Raa The Noisy Lion to name a few.  The company made their name in puppet design, famously creating the models for Tim Burton’s ‘Mars Attacks’ and ‘Corpse Bride’. 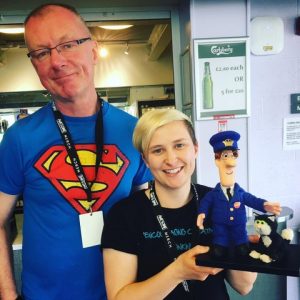 I was invited to the studio by John Ashton, an experienced stopmotion animator with many credits under his belt.  We met while working at the annual Animation Central during the Leeds Young Film Festival in April.  InspirEd was running some family friendly toymation sessions and John ran a workshop based around Postman Pat, of which he was working on at the time. 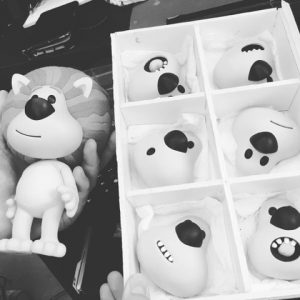 The many faces of Raa Raa

John kindly showed me around introducing me to animators, puppet makers, prop makers, set makers and camera crew.  During my short visit I learned so many things and it has really inspirEd me to keep finding interesting ways to teach animation. I was even given a few keep sakes in the form of props and puppet carcasses which have already been put to good use while teaching.   Children are really enjoying touching the materials and are impressed when they find out they’re handling something that has been on TV. 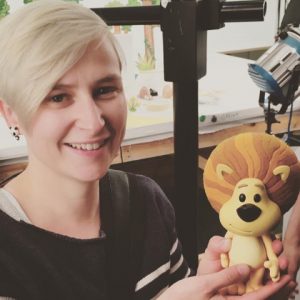 I’m very grateful for the opportunity to visit the studio.  Maybe I’ll be invited back again soon…