We were invited to run an animation project about The Great Fire of London with a class of year 2 pupils.  Ripon Cathedral School commissioned us to create the film over 3 days which would include character design, animation and sound design.

The class had prepared a script for us to work from that the children had written.  They also made the background sets prior to our visit.

Working with small groups we divided the film into four scenes.  Each needed some characters and props which the children made out of clay and paper.  We animated each scene using our 5D camera. 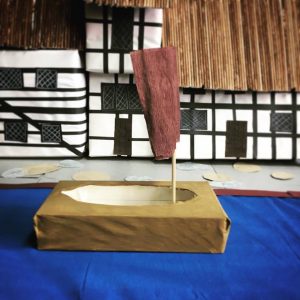 A set designed and made by year 2 pupils 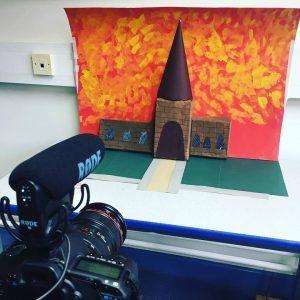 Ready to animate with our Canon 5D

To enhance the story we filmed the children reading out the script which was then intercut in-between the stopmotion shots. 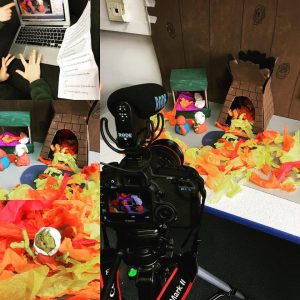 We loved ‘setting fire’ to the background sets

To finish we created our own sound effects by using things we could find around the school.  For example foil and bubble wrap is really good for making fire sounds.  We even had time to sing a few songs! 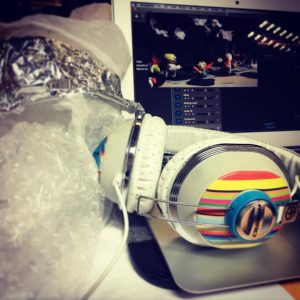